“A garden to walk in and immensity to dream in–what more could he ask? A few flowers at his feet and above him the stars.”~ Victor Hugo

We read this quote this morning and it made us smile.

John James and Shaun chose the stunning Mount Druid as their wedding venue. A place that was laid back and as stylish as they were. On the morning the 20+ wedding party were in a flurry of preparations and our couple no where to be seen. Eventually we found them as thick as thieves in the dining area tending to teeny tiny terracotta pots. For their favours they had decided to give something real, that guests could take home and grow. They  grew Lavender from seed over a 5 month period in the up to the wedding. When we found the John James and Shaun they were transplanting these seedlings of Lavender into tiny 5cm terracotta pots and placed everybody’s name card to it! You see, that’s what these two are all about. Family, friends, love and happiness.

John James and Shaun are two of the most wonderful humans you could ever wish to meet. From the wedding industry we have known Shaun for years and years. We remember shooting a wedding in Spain back in 2012, we hijacked Shaun and brought him on the photoshoot. Sure the craic was mighty, the five of us laughed so hard we cried, that day we formed a bond. Shaun has this wonderful presence to him. A smile that melts butter and a heart to heal the world.

We smiled so wide the day he told us he had seen the man he was going to spend forever with. The pair had locked eyes at an event for the Gay Games in Limerick.  John James was a Bid Coordinator for the Games. John James later told us that Shaun had actually said to a friend on the day “Oh, that’s him. That’s the man I am going to marry. No wonder I haven’t found him, I was looking in the wrong places!”.

Sure enough a while later we met the softly spoken green fingered John James and we could see exactly why Shaun loved him from first glance. On a sunny afternoon we sat in a beautiful garden grown by John James, we sipped cool drinks, ate the best of food and along with friends and family we listened to the incredible New York Proposal and to the wedding plans. Delightfully we learned that the rule book had been thrown out, this wedding was about their love and their passion for life, family and friends. The way it should be.

Reflecting over the images and the day. The wedding day plays out just as the couple had wished. Everyone was included and had a part to play in their day, it was like a proper family gathering. Mount druid was a hive of happiness and activity. The ceremony was raw in its in love and beauty of readings. There was laughter as butterflies wouldn’t fly and tears of joy when two souls become one. During the speeches in the barn, everyone joined in and sung “Somewhere over the Rainbow” from long flower laden tables. Under the bunting as 150 people blasted out the last verse, guests hugged clapped and cried as the level of love was through the roof!  For us that was an outstanding moment to witness, feel and be apart of. There wasn’t just one cake, aunties and friends brought extra cakes! The younger generation were all ears as the older generations shared stories, those that had music in their feet grabbed the nearest body and went dancing. People from all backgrounds mingled. Entering as strangers and leaving that night as best friends. We wish we had more time to recall our memories for you. Sometimes that is the way it goes, we wedding photographers are the keepers of stories. This story is one that will keep on giving and growing. Who knows what the next chapter of John James and Shaun will bring, but we know it will be full of love and light.

With thanks to a wonderful team: 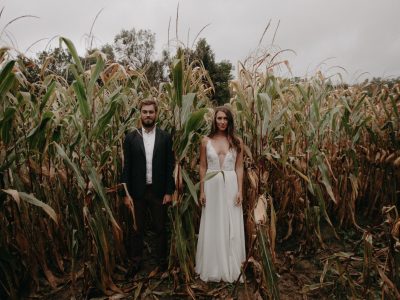 Thank You 2017, The Year of Laughter, Love and adventures 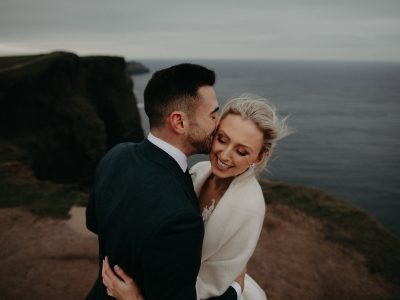 Prev Doonbeg Beach Wedding | Lisa + Alex
Next Cliffs of Moher Vow Renewal | Amanda + Justin
This website uses cookies to improve your experience. We'll assume you're ok with this, but you can opt-out if you wish.Accept Reject Read More
Privacy & Cookies Policy
error: © Sean and Kate