The Hesperides in Greek mythology were the nymphs of the sunset. These mystical creatures were said to be the daughters of the great Titan Atlas. They were responsible of taking care of a garden, near the Atlas mountains in Africa. The so called Garden of the Hesperides.  Belonging to the goddess Hera, in which there was a grove of apple trees that bore golden apples. The golden apples were believed to give immortality to anyone who consumed them.

Walking to the edge of La Graciosa island at sunset it was easy to see why such legends exist here. For it is believed that the Garden of Hesperides is where the Canary islands are today.

It was not our first time to this magical island. We had joined with a host of talented wedding photographers from across the globe to attend the Wolves Workshop, in 2015. The lure of this desert island workshop bought us back again last November where we shot along side Ben Sasso and the lovable Benj Haisch.

Miriam and Eduardo are passionately in love. Their story is one of timeless love and endless fun. The island of La Graciosa is their garden. The nymph like Miriam is as you would expect a total sweetheart. Eduardo is her everything. His boyish charm always making her smile. We spent many nights by the shore, fairy lights swaying in the evening breeze. The evening air only broken by hushed stories or by Miriam crying out with laughter at Eduardo and Sean’s antics in the worst Spanglish you could imagine. Such night are what memories make.

It was an honor to capture these two on our last nights on a mystical tiny island off the coast of Africa where the great Titan Atlas keeps watch from his mountains.

Nisha
This is gorgeous guys!!! so moody
Reply 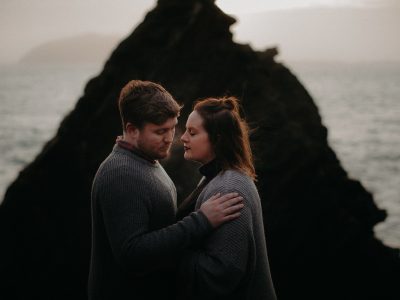 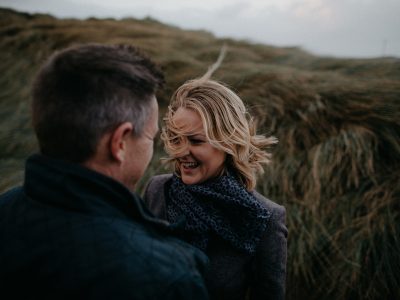 Prev Ballyvaughan Elopement | Fatimae + Jeff
Next Doonbeg Beach Wedding | Lisa + Alex
This website uses cookies to improve your experience. We'll assume you're ok with this, but you can opt-out if you wish.Accept Reject Read More
Privacy & Cookies Policy
error: © Sean and Kate